Anticipated Justice For the Victims of Atrocity Crimes

More than a year and seven months after the publication of an academic and scholastic article here, it has been reported by Reuters that two mass graves of at least 18 members of Iraq’s Yazidi minority, thousands of whom have been killed and kidnapped by Islamic State, have been discovered as security forces fight to dislodge the militants from Mosul.


As the prevailing situation in Syria discerns, geopolitical concerns impede effective and timely prosecution of human rights violations and international crimes. The hands of the International Criminal Court (ICC) appear to be tied and a double Security Council Veto by the permanent members, Russia and China, blocked a resolution to refer the situation to the Court. Despite the draft of a Statute as early as 2013, the call for the establishment of a hybrid tribunal by the UN Commission of Inquiry and academic support for this approach as the next best alternative, no tangible mechanism has resulted thus far.


Perpetrators of the international crime of genocide have not been charged & punished pursuant to Arts. VI & IV of the Genocide Convention of 1948 and remain unencumbered to continuously commit genocide or any of the other acts enumerated in article III of the said Convention. Even as late as June 2016, an U.N.-appointed commission of independent war crimes investigators said that Islamic State was committing genocide against the Yazidis.


What other recourse is there for affected populations of atrocity crimes that have been unequivocally accepted by the international community as international crimes?  UNSC Resolution 2249/2015 had already determined that ISIS constitutes “a global and unprecedented threat to international peace and security.”


Even an “internal armed conflict” would still constitute a “threat to the peace” according to the settled practice of the Security Council and the common understanding of the United Nations membership in general. Indeed, the practice of the Security Council is rich with cases of civil war or internal strife which it classified as a “threat to the peace” and dealt with under Chapter VII, with the encouragement or even at the behest of the General Assembly, such as the Congo crisis at the beginning of the 1960s and, more recently, Liberia and Somalia. It can thus be said that there is a common understanding, manifested by the “subsequent practice” of the membership of the United Nations at large, that the “threat to the peace” of Article 39 may include, as one of its species, internal armed conflicts or even international conflicts involving non-state actors or state supported actors etc.


Obviously, paragraph 1 of the resolution, the Council similarly “regards all such acts of [ISIS] terrorism as a threat to peace and security,” which again implicitly invokes Article 39. As the ICJ’s Namibia Advisory Opinion makes clear, the lack of reference to Chapter VII in a resolution does not mean that it is not to be regarded as binding nor does it mean that the resolution does not have operative legal effect. However, for the resolution to have those effects the Council must actually decide to do something or to authorize something.


Case Scenario – IRAQ
Iraq is not a Party to the International Criminal Court Statute and thus far has not chosen to refer the current conflict to the ad hoc jurisdiction of the Court pursuant to Article 12 of its Statute.


The Government of Iraq has requested the United Nations Security Council assist with ensuring accountability, but this does not relieve Iraq from its own obligations to ensure accountability through its domestic jurisdiction. On 6 May 2016, H.E. Mr Mohamed Ali Al Hakim, Permanent Representative of Iraq to the United Nations called upon the UN Security Council to “…set up a specific international legal mechanism for investigating and bringing to justice the criminals of ISIL.”: UN Security Council, 7689th Meeting, (6 May 2016), UN Doc S/PV.7689, 5.


Thus, the resounding echoes for the establishment of an UN-sanctioned International Tribunal which has been repeatedly approved and endorsed by the “representative” organ of the United Nations, the General Assembly : this body not only participated in its setting up, by electing the Judges and approving the budget, but also expressed its satisfaction with, and encouragement of the activities of the International Tribunal in various resolutions, [(see G.A. Res. 48/88 (20 December 1993) and G.A. Res. 48/143 (20 December 1993), G.A. Res. 49/10 (8 November 1994) and G.A. Res. 49/205 (23 December 1994)] according to the rule of law, it must be established in accordance with the proper international standards; it must provide all the guarantees of fairness, justice and even-handedness, in full conformity with internationally recognized human rights instruments.

Furthermore, I must add that the failure, refusal or neglect to refer the situations in Syria & Iraq & atrocity crimes involving ISIS to the ICC or to determine the setting-up of an established competent International Criminal/Penal Tribunal by the UNSC, deprive and derogate the affected populations/victims of the Right to a Remedy and Reparation for Victims of Gross Violations of International Human Rights Law and Serious Violations of International Humanitarian Law pursuant to UNGA Resolution 60/147 of 16 December 2005, right of equality before the law and equal protection of the law in accordance with Art. 7 UDHR and other treaties & rights instruments [i.e. international treaties to uphold these rights, including the International Covenant on Civil and Political Rights (ICCPR) and the International Covenant on Social, Economic and Cultural Rights (ICESCR). E.g. Syria ratified the ICCPR on March 23, 1976, and the ICESCR on January 3, 1976], the principle of primacy of International Law in a competent International Tribunal established in accordance with the proper international standards which provide all the guarantees of fairness, justice and even-handedness, in full conformity with internationally recognized human rights instruments established in accordance with the proper international standards, prolong the conflicts & impunities and aggravates the atrocity crimes, e.g. the Syrian War/Conflict began 15 March 2011 and is presently ongoing (5 years, 8 months, 2 weeks and 3 days) etc.


The right of access to justice at the international levels constitutes a basic cornerstone of the international protection of human rights, and conforms a true right to the Law. It amounts, lato sensu, to the right to the realization of justice. In such understanding, it comprises not only the formal access to a tribunal or judge, but also respect for the guarantees of due process of law, the right to a fair trial, and to reparations (whenever they are due), and the faithful execution of judgments. The right of international individual petition, together with the safeguard of the integrity of international jurisdiction, constitute the basic foundations of the emancipation of the individual vis-à-vis his own State. This is a domain that has undergone a remarkable development in recent years. It is submitted that the right of access to justice belongs today to the domain of jus cogens. Without it, there is no legal system at all. The protection of the human person in the most adverse circumstances has evolved amongst considerations of ordre public. Such recent evolution has been contributing to the gradual expansion of the material content of jus cogens. Furthermore, the very notion of “victim” (encompassing direct, indirect and potential victims) has been the subject of a considerable international case-law. Victims have had their cause vindicated in situations of utmost adversity, if not defencelessness (e.g., abandoned or “street children”, undocumented migrants, members of peace communities in situations of armed conflict, internally displaced persons, individuals in infra-human conditions of detention, surviving victims of massacres).

The stark grievances of the Yazidis, Christian minorities & all other victims of atrocity crimes in Syria, Iraq etc. & by ISIS/Daesh etc., distinctly reminds us of the pronouncement in 2003 by the ICTY Trial Chamber in the case of Momir Nikolic [Case No.: IT-02-60/1-S] which asserted that the ICTY is “intended to send the message to all persons that any violations of international humanitarian law — and particularly the practice of “ethnic cleansing” — would not be tolerated and must stop”.


The reproduction of the lucid paragraph of the judgment is very apt :

The Tribunal was to achieve justice through criminal proceedings. The purpose of such proceedings was multi-fold: the primary objective was to convict – and punish – those individually responsible for their crimes. The suffering and loss of the victims of such crimes would thereby be internationally recognised and acknowledged. Furthermore, through criminal proceedings, the Security Council intended to send the message to all persons that any violations of international humanitarian law – and particularly the practice of “ethnic cleansing” – would not be tolerated and must stop. It was further hoped that by highlighting breaches of obligations under international humanitarian law, and in particular the Geneva Conventions, that the parties to the conflict would recommit themselves to observing and adhering to those obligations, thereby preventing the commission of further crimes. Finally, it was hoped that this commitment to end impunity in the former Yugoslavia would promote respect for the rule of law globally.


Lastly, the highly-respected judgment must not ring hollow for it will lead to further disrespect for the global rule of law and flourishing impunities and the abundance of atrocity crimes & victims. This has become the resounding grievances of the Yazidis, Christian minorities and other victims of such atrocity crimes. 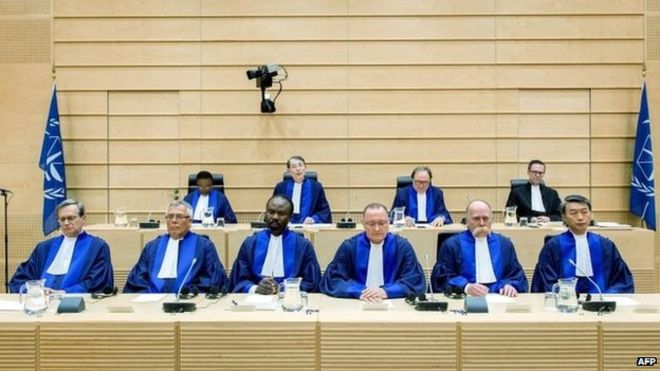 JUDGES OF THE ICC 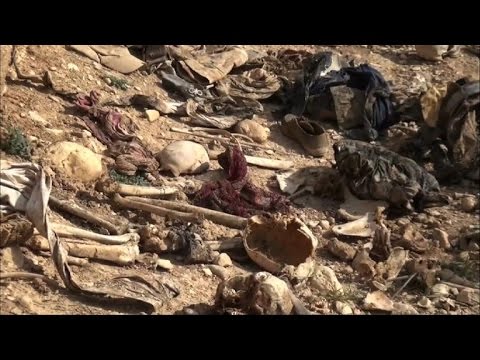 Support the OMCT Campaign. Be a Signatory! 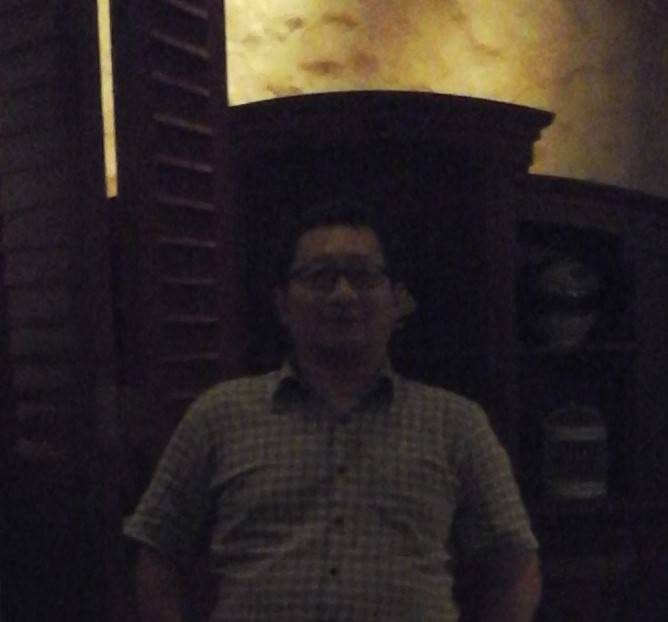